It Pays To Be Innovative

Every day, your business is taking a risk. Whether you’re researching a new drug, creating a mobile app, refining a mold or building a skyscraper, you’re doing more than just running a business. You’re taking a leap of faith that doesn’t guarantee you’ll get paid for your hard work. That’s why the Research & Development (R&D) tax credit exists.

The Tax Benefits are Significant 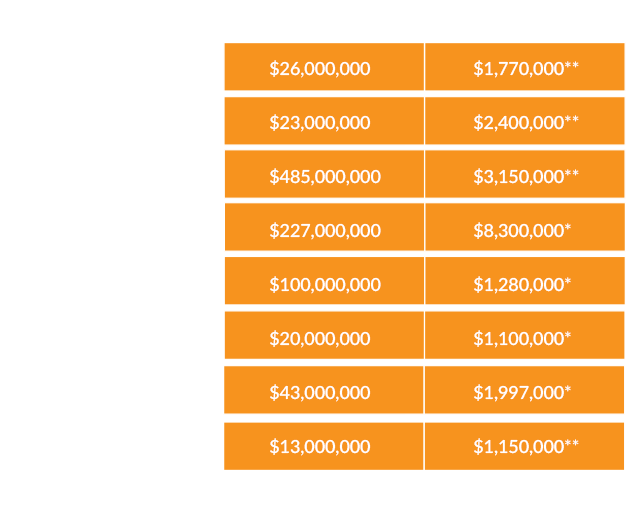 It started back in 1981. President Reagan enacted the Research & Experimentation tax credit as a way to reboot the American auto manufacturing industry. It’s now turned into an estimated $12 billion credit that helps more than 12,000 American businesses compete in a complex global economy.

On December 15, 2015, President Obama cemented the R&D tax credit as a permanent provision of the IRS tax code, and made two major changes that significantly increased its accessibility to small businesses. First, businesses with less than $50 million in gross receipts can use the credit to offset alternative minimum tax (AMT). Second, start-up businesses with no income tax liability can apply their R&D tax credits to their payroll tax liability, a tax savings that can be as much as $250,000 a year.

On Dec. 22, 2017, President Trump further enhanced the value of the R&D Tax Credit by signing into law the Tax Cuts and Jobs Act. For tax years beginning in 2018, the new law repeals the corporate AMT, allowing taxpayers who would have been subject to AMT to now be able to use research credits to offset their federal income tax liability. And while the individual AMT is still intact for S-Corps and other pass-through entities, those that qualify as small businesses can still take advantage of the PATH Act provision to utilize the R&D Credit against their AMT on shareholder returns. Furthermore, the Tax Cuts and Jobs Act permanently reduces the C-Corp tax rate from 35% to 21%. The decrease in the C-Corp tax rate subsequently results in an increase in the net value of R&D credits by more than 21%.

The estimated amount of R&D tax credits that the IRS provided to US businesses. Top x-axis represented in billion dollars.

HOW THE R&D TAX CREDIT WORKS

The R&D tax credit provides businesses with an actual credit on the taxes they pay. It is one of the most valuable credits available because it is a dollar-for-dollar reduction in tax liability. There are no caps, no application fees, no restrictions on how you can use your credit dollars.

The R&D tax credit only applies to activities that the IRS considers “research and development,” which is more prevalent than you might think. Laboratories and high technology firms are obvious candidates, but did you know that architectural, engineering, software and many manufacturing companies are also eligible?

Detailed analysis of your business

Determining whether a business activity qualifies for R&D is based on a broad set of definitions known as “The Four Part Test.” This is a subjective analysis that is open to interpretation, which is why so many different types of business qualify for the R&D tax credit. It is our job to substantiate, document and prove that some portion of your business activity involves R&D. 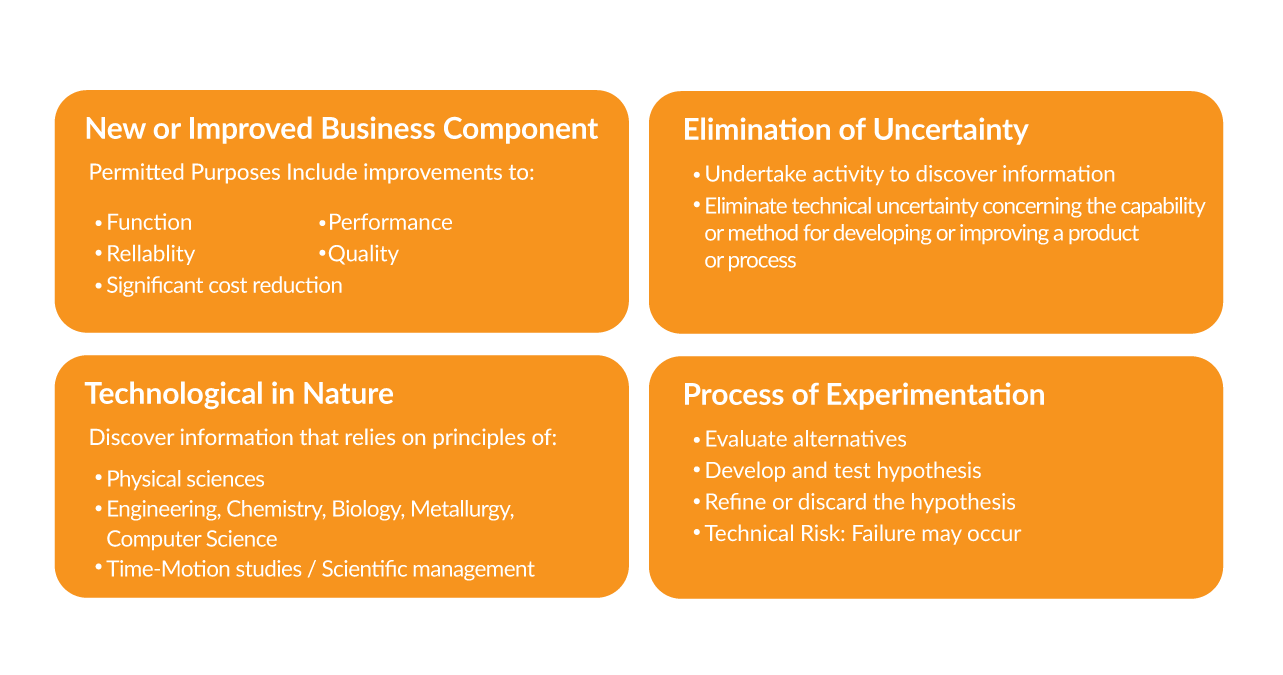 The QRE is the basic unit of the R&D tax credit. QREs are derived from salaries, supplies and contractor expenses. About 80 percent of the tax credit you receive comes from salaries. As a part of the R&D tax credit study process, we determine whether an activity counts towards R&D, the employees involved with that activity, the amount you pay them and the portion of their time that is dedicated to that activity. That’s why payroll data is essential to proper calculation of QRE.

HOW MUCH IS THE R&D TAX CREDIT WORTH?

The size of the R&D tax credit varies greatly because it depends on the amount of R&D activity that can be quantified. An analysis of our client base shows that the average size of the federal R&D tax credit in one year is approximately 1% of a company’s annual revenues. However, credits can be claimed retroactively for up to three years and 36 states provide an additional R&D credit.

36 States have their own R&D tax credit programs 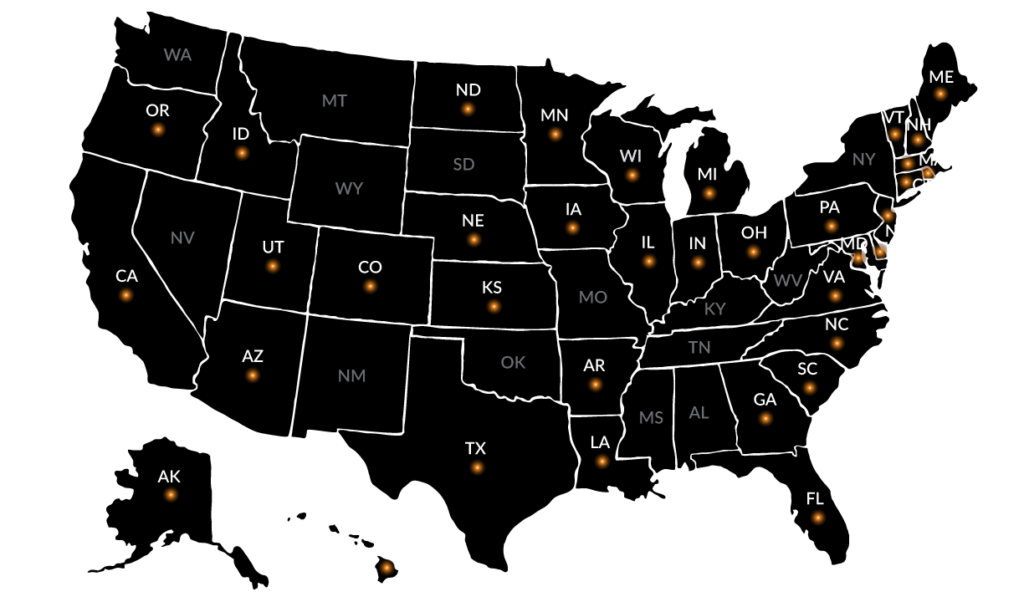 From study to processing

We utilize a comprehensive process that ensures all possible R&D activities are considered and calculated with accuracy. The Preliminary Assessment is provided to companies at no cost. The estimated duration of all phases is 2 to 3 months.